Gender Equality: The Power of Partnerships 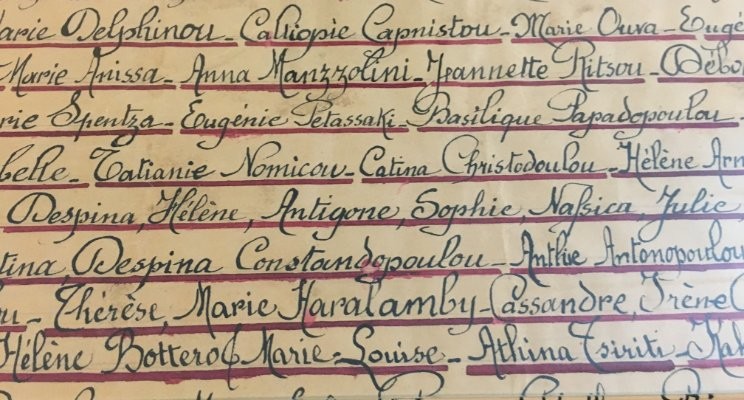 Posted at 13:34h in Competitiveness, Human Resources, Management by digitup

The proportion of women hired has remained relatively flat over the past decade. Female leadership is below 50% in 12 industries studied globally. In education, the gap is now almost closed – but this does not extend to the workplace as, among others, there is still a difference in what women study.

Numerous research papers suggest that individuals are more likely to hire individuals like them, no matter if this happens consciously or not. Moreover, prior World Economic Forum research indicates that female CEOs actually pay female high earners more than male CEOs.

We still have a long way to go before we have the number (at least) of women leaders needed to reach gender parity. Women’s equality in the labor force would add up to $28 trillion to the global economy by 2025[1] we are taking steps backwards as we need 217 years to close the gender gap, instead of 170 years estimated a few years ago.

2030 UN Sustainable Development Goals (SDGs) will not be achieved unless gender equality (No 5) is achieved horizontally – in all 17 goals adopted.

What goes wrong? Why are we slowing down?

So many awareness campaigns, so many projects and programs across all sectors and the trend is not improving. Have they been in vain?

Research by Unilever and other leading authorities suggest that social norms and stereotypes limit severely women expectations and perpetuate discrimination while we hardly realize it. Last June UN Women, recognizing the power of partnerships to accelerate progress, supported an industry led-initiative which united leaders across business, technology and creative services, such as Unilever, IPG, WPP, Facebook, Google, Mars, Microsoft and J&J, and announced the launch of Unstereotype Alliance to banish stereotypical portrayals of gender in advertising and all brand led content.

The impact of concerted, consistent and continuous action is invaluable. We need to act together, we need to follow a plan, we need to live with such a goal.

Iceland’s success is a major lesson for all of us. Ireland, which is just a small island, achieved to be ranked #1 in the 2017 Global Gender Gap Report. They achieved through collective action and solidarity of women human right defenders who have been challenging and protesting the monopoly of power in the hands of men and the power of men over women.

Last but not least, they have utilized tools such as legislation, gender budgeting and quotas to empower collective action. The Equal Pay Standard is a good example of a management system which was mandated to be followed by all companies and institutions having 25 or more employees.

Women matter and we need to believe it and to make it happen. It’s up to us to “walk the talk and don’t just talk the talk”.